Why aren’t we saying we’re in an alcohol epidemic?

We’ve heard from the media that we’re in the middle of an ‘ice epidemic’ because of the huge harm the drug is causing individuals, loved ones and others. Ice is an issue in Australia, that’s true – but the media is not calling alcohol an epidemic when it is the drug causing the second-highest level of harm to our society (overtaken only by tobacco).

Alcohol is embedded in our ‘social DNA’. It’s the enabler that helps us celebrate, commiserate, reward, relax, spend time with others or spend time alone. We find it hard to conceive of having a good time without it.

But the darker story is the problems alcohol fosters: interpersonal violence, long term health issues, hits to workplace productivity, not to mention the huge burden alcohol places on our hospitals and health systems.

About 18.7% of Australians have reported being verbally abused, 7.3% reported experiencing physical abuse and 11.4% reported being made afraid by someone who was under the influence of alcohol1. The Australian Institute of Criminology reports that it’s alcohol, more than illicit drugs, that is involved in both domestic/family and non-domestic/family homicides.

1 in 10 workers reported usually drinking at work, this is 10 times more than those who reported drug use at work2. One in ten workers say they’ve experienced the negative effects associated with a co-worker’s misuse of alcohol.

These negative effects include a reduced ability to do your job, accidents or close calls, working extra hours to cover for a co-worker, and taking at least one day off work.

Read about alcohol and other drugs in the workplace

And alcohol’s impact isn’t limited to the grown-ups. The Centre for Alcohol Policy and Research reported that 22% of children are estimated to have been affected in some way by the drinking of others, and the Australian Institute of Criminology has reported alcohol abuse is an important risk factor for child abuse, maltreatment and neglect.

Alcohol’s ‘epidemic’ is so ubiquitous that we can forget its reach, especially when the latest drug harms get pushed to the top of the media pile. But many Australian families are hurting right now from the impact of alcohol. And that pain, from alcohol, ice or any substance, is preventable.

As a society we need to invest in primary prevention programs that reduce the need for substance use, instead of looking for quick fixes to our problems.

Read about alcohol and young people 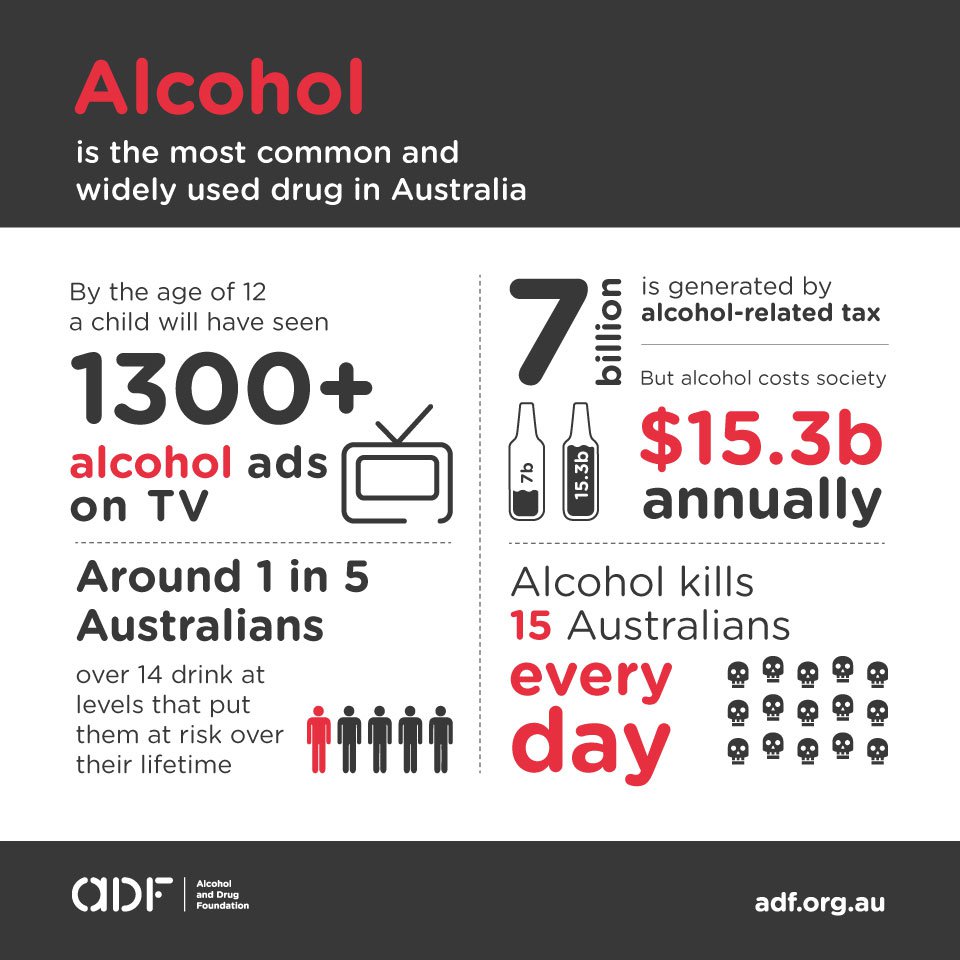 Other articles about alcohol