The principles of harm reduction accept that no matter the rigour of messaging around the individual risks and dangers of substance use, there will always be people who take or experiment with substances. As such, it is important to ensure that individual harms associated with substance use are minimised wherever possible.1

Many people who use drugs recreationally do so only on occasions, and this use is often determined by the environment they are in. Music events, such as festivals, live concerts, Electronic Music Dance Events (EMDE’s) and raves are often popular environments for substance use.2,3 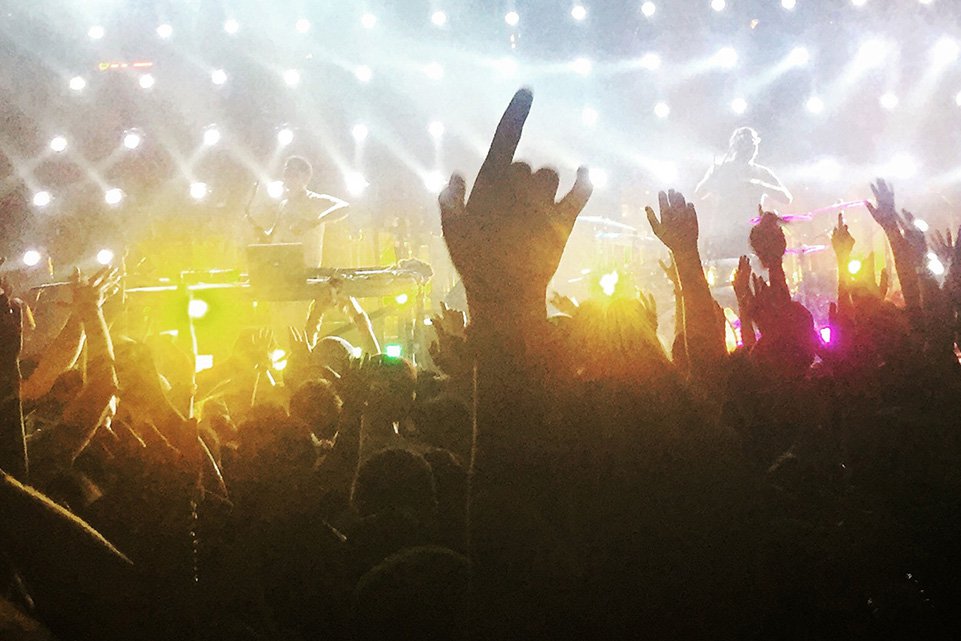 The types of settings and environments people are in often influences the types of substances they consume.4 Stimulant and psychedelic recreational drugs such as MDMA and ecstasy, are among those typically consumed at music events.5

Drug use at music events

Strategies that promote zero tolerance on drug use at music events, such as significant police presence, sniffer dogs, and random drug searches are not necessarily stopping festival goers from consuming drugs. This is supported by a recent study from the National Drug and Alcohol Research Centre, which surveyed a group of people who regularly attend festivals.

Approximately 70% stated that police presence does not deter them from using illicit substances at music festivals.8 Higher rates of consumption also indicate that patrons may be at increased risk of adverse events and harm.9 It also suggests they are potentially immune to the general messaging around the risks of drug use and that more targeted harm reduction information may be more effective in this population.10

Substance use at events

The types of substance consumed, and the way in which they are taken at music events and festivals, also carry risks.

Harm reduction strategies at music events are numerous and diverse.

Pill testing is becoming increasingly common at music festivals and events around the world.