Khat is a stimulant drug, which means it speeds up the messages between the brain and the body. Chewing khat is part of some social traditions in parts of the Middle East, such as Saudi Arabia and Yemen, and in Eastern Africa, such as Somalia.1, 2

The buds and leaves of the khat plant (Catha edulis) are chewed for stimulant and euphoric effects, and traditionally have been used for medicinal purposes as well as recreationally.1 Khat contains cathinone and cathine, which are the chemicals that produce the stimulant effects.2

The leaves and buds of the khat plant, either fresh or dried. They have a mild aroma and an astringent, faintly sweet taste.1, 3

Khat leaves and buds can be chewed fresh, but may also be preserved by wrapping freshly picked khat in banana leaves, and then used dried.1

Khat affects everyone differently, based on:

Short term effects may include:

The effects of khat start approximately 1 hour after chewing and last for around 3 and a half hours.4

The comedown effects of khat can last around 24 hours and include:

Using khat is associated with mental health conditions such as psychosis which is similar to amphetamine psychosis. It has also been associated with depression, mood swings and violent behaviour.6

People who regularly use khat can become psychologically dependent on the drug. They may feel they need khat to go about their normal activities like working, studying and socialising, or just to get through the day.7

Regular use of khat may eventually cause:

Khat appears to pose a relatively low risk for dependence, but withdrawal symptoms may be experienced if someone stops using khat after they have been using it regularly.

Mixing khat with other drugs

The effects of taking khat with other drugs − including over-the-counter or prescribed medications − can be unpredictable and dangerous.

According to anecdotal user reports:

Use of more than one drug or type of drug consumed at the same time is called polydrug use.9

‘Polydrug use’ is a term for the use of more than one drug or type of drug at the same time or one after another.10 Polydrug use can involve both illicit drugs and legal substances, such as alcohol and medications.

More at the ADF Library 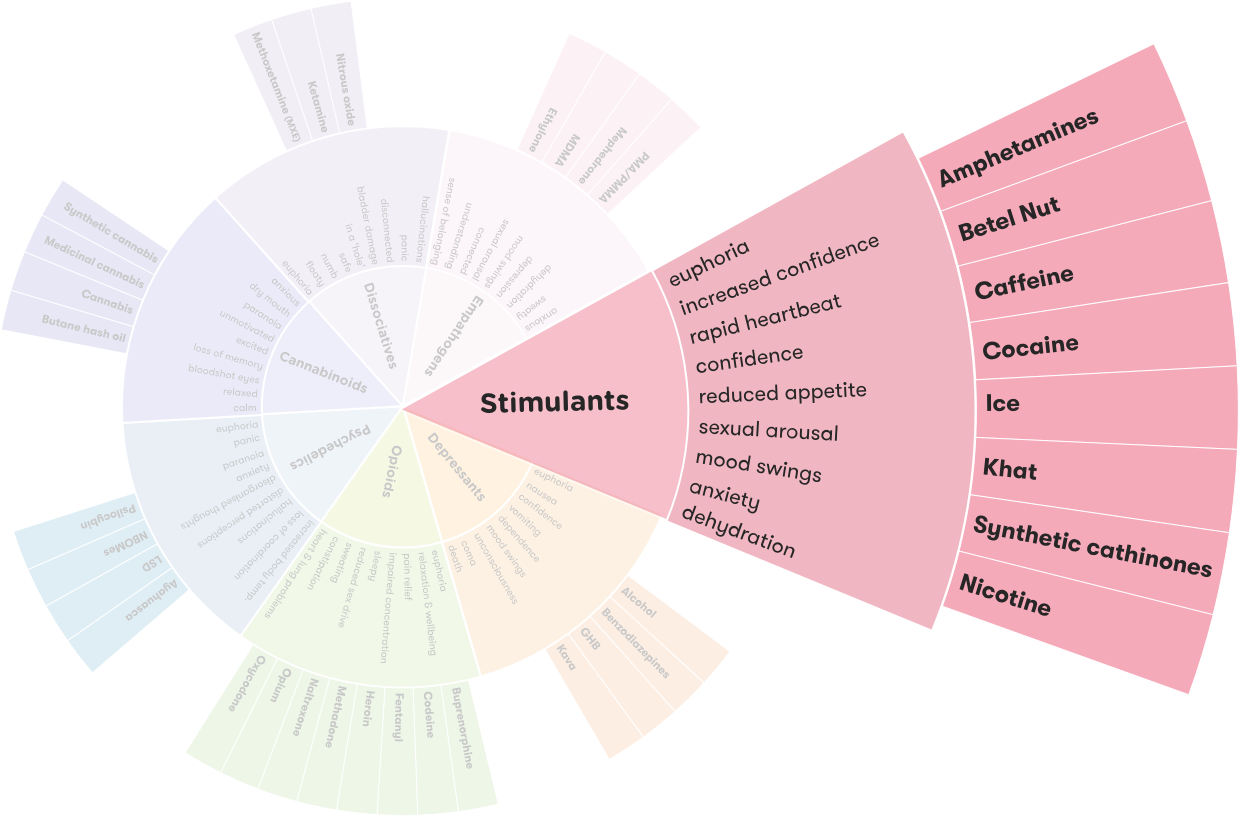