LSD (lysergic acid diethylamide) is a synthetic chemical, made from a substance found in ergot, which is a fungus that infects rye (grain).1

LSD belongs to a group of drugs known as psychedelics. When small doses are taken, it can produce mild changes in perception, mood and thought. Larger doses may produce visual hallucinations and distortions of space and time.2

Sometimes, what is sold as LSD can actually be other chemicals such as NBOMe or the 2C family of drugs (part of the new psychoactive substances). These can be quite dangerous, as their quality is inconsistent. Taking too much of these other substances can be fatal with a number of deaths having been reported.3, 4

In its pure state, LSD is a white odourless crystalline substance. However, LSD is so potent that an effective dose of the pure drug is so small, it’s virtually invisible. As a result, it’s usually diluted with other materials.2

The most common form is drops of LSD solution dried onto gelatin sheets, pieces of blotting paper or sugar cubes, which release the drug when swallowed. LSD is also sometimes sold as a liquid, in a tablet or in capsules.1,2

How is LSD used?

LSD is usually swallowed or dissolved under the tongue, but it can also be sniffed, injected or smoked.1, 2

LSD can affect everyone differently, based on:

The effects of LSD usually begin in approximately 30 minutes and will last around 8-12 hours.5 The following may be experienced:

If someone takes a large amount, the negative effects of LSD are more likely. Call an ambulance straight away by dialling triple zero (000) if you or someone else has any of these symptoms (ambulance officers don’t need to involve the police):

Sometimes a person can experience a ‘bad trip’, involving a disturbing hallucination. This can lead to panic and risky behaviour, like running across a road or attempting self-harm.1, 2

Some people who regularly use LSD may eventually experience flashbacks. This is when an LSD experience reoccurs usually a visual distortion that involves perceptual or emotional changes.

Flashbacks can happen weeks, months or even years after the drug was last taken. Flashbacks can be disturbing, especially if a frightening experience or hallucination is recalled.1, 2

Flashbacks can be brought on by stress, tiredness, exercise or using other drugs. They usually last for a minute or two.2

Using LSD can trigger or worsen mental health problems such as anxiety, schizophrenia or psychosis.1, 2 Anyone with a history of these issues should avoid using LSD.

However, research into the administration of LSD in a safe, therapeutic setting, involving a controlled dose, has shown positive results in treating depression, post-traumatic stress disorder, and reducing anxiety in patients with a life-threatening disease.6

Read more about some of this research.

Tolerance develops rapidly to the effects of LSD. After the third or fourth consecutive days of taking LSD, no amount of the drug can produce the desired effects. However, after a short period of abstinence (about three to four days), tolerance should return to normal.2

Mixing LSD with other drugs

The effects of taking LSD with other drugs − including over-the-counter or prescribed medications − can be unpredictable and dangerous, and could cause:

‘Polydrug use’ is a term for the use of more than one drug or type of drug at the same time, or one after another. Polydrug use can involve both illicit drugs and legal substances, such as alcohol and medications. Find out more about polydrug use.

There are no known physical withdrawal symptoms of LSD. Taking LSD regularly does not result in physical dependence. While there have been reports of psychological dependence, the evidence is limited.1, 2

If your use of LSD is affecting your health, family, relationships, work, school, financial or other life situations, or you’re concerned about a loved one, you can find help and support.

More in the ADF library 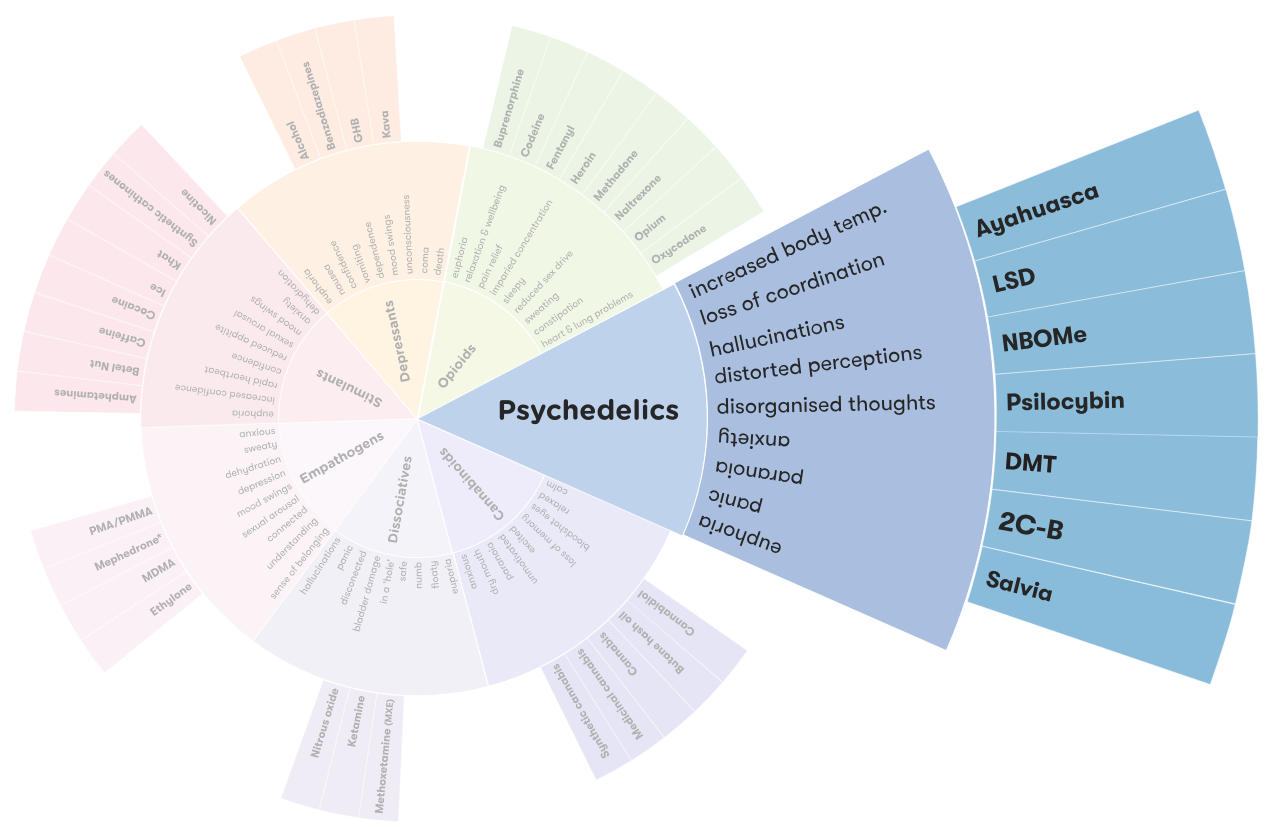